Also included are optional side view mirrors. I didn’t bother using them this time around since they don’t really add much to the aesthetic in robot mode, and you would have to remove them from the figure before you can return the figure to the tray, so no real point unless you’re a stickler for accuracy in vehicle mode.

The Autobot’s chief mechanical engineer and all-around crackpot inventor. Wheeljack’s inventions tend to blow up more often than not, but sometimes he gets it right, along with Ratchet, he was able to create the powerful Dinobots to help the Autobots.

This time around, Wheeljack finally gets released in show accurate colors and this just blows the previous release (which was based on the G1 toy colors) out of the water.

I really wish they plugged up this screw hole. It’s still ridiculously annoying every time I see it.

Similar to the previous release, as an Easter egg, you can remove the front cover by unscrewing the back and revealing his true face under the face plate.

Shoulder cannon (missile does not fire). 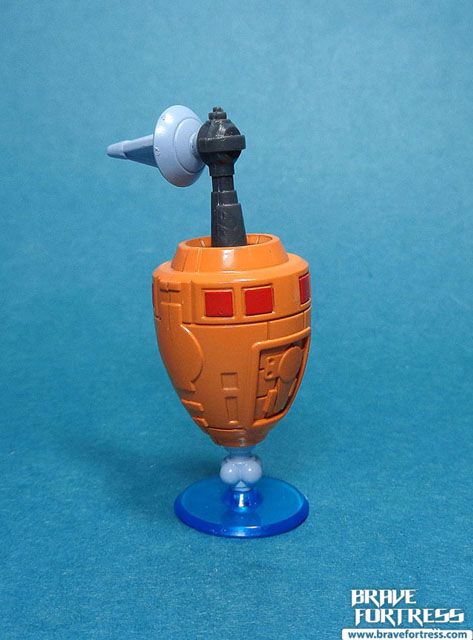 Originally released with Masterpiece Exhaust. They included this accessory for this version of the figure. The Immobilizer was one of Wheeljack’s inventions that could “freeze” any target. It was later stolen by the Decepticons and made things hard for the Autobots for a day.

Comparison with the previous release. 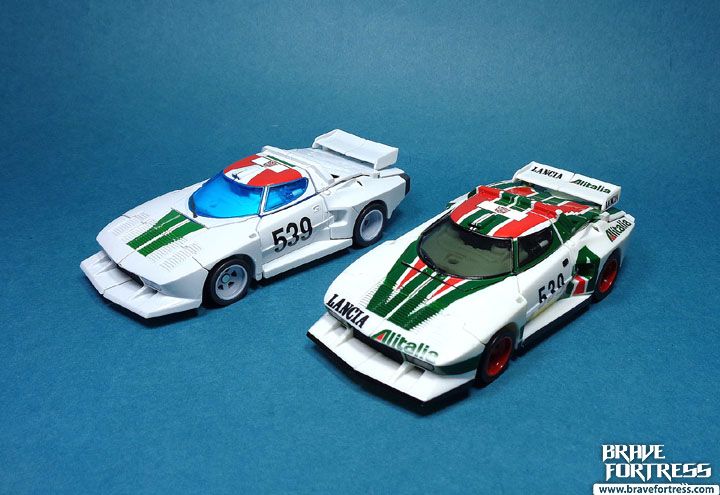 I really, really hated the backside on the previous release due to all the colors on the backpack. The new version just looks so much better. Not toon accurate by any means, but still better.

Sadly, this does not come with the Hypno Chip Disruptor device that came with the Amazon Japan version of the previous release.

Overall, yeah, this guy tops the previous version by a mile and more. I thought about ditching the G1 toy colors figure but seeing as how this is the fourth “cartoon accurate” rerelease of an existing mold (following Red Alert, Sideswipe, Prowl), I guess I could pose the robot modes with the vehicle modes now due to all the mold “double-dipping” . Oh, well..