He can “ride” on top of the ladder by fitting his forearm pegs into the mounting slots on the side of the ladder.

Artfire is a straight up redeco of Inferno, same as the G1 setup. He only appeared in the Transformers Headmasters Manga alongside Ricochet.

A thing to note here, the plastic is colored slightly differently compared to the rest of the back, hopefully this won’t mean this piece will yellow too easily down the road.

Similar with Inferno, you can flip out the missile hands. But this time around, both left and right arms have the missile, unlike Inferno, who only has one on the right arm.

While you can remove Artfire’s chest plate, similar with Inferno, there’s no need to as they’re no “Anime accurate” parts to swap with.

Artfire stands roughly 8.5 to 9 inches tall (counting the tip of the cannon on top) and weighs 312 Grams. He does not have diecast parts. 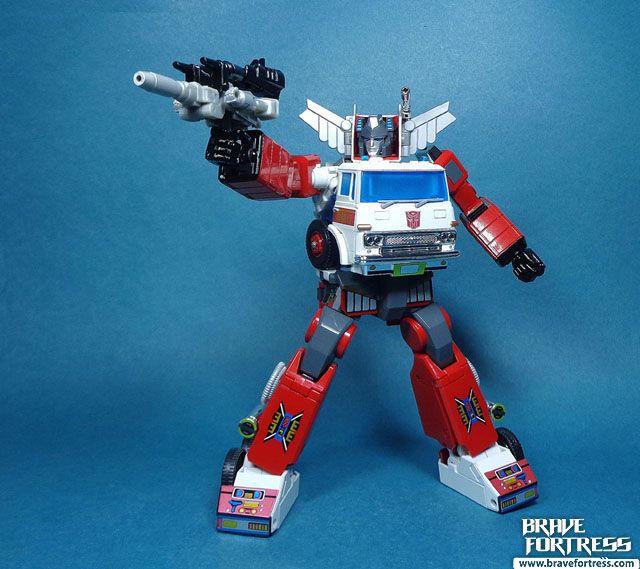 I forgot to take a pic but you can attach the Targetmaster directly into his wrist socket for a true “Target on!” effect.

I love it when MPs can copy their G1 boxart poses. 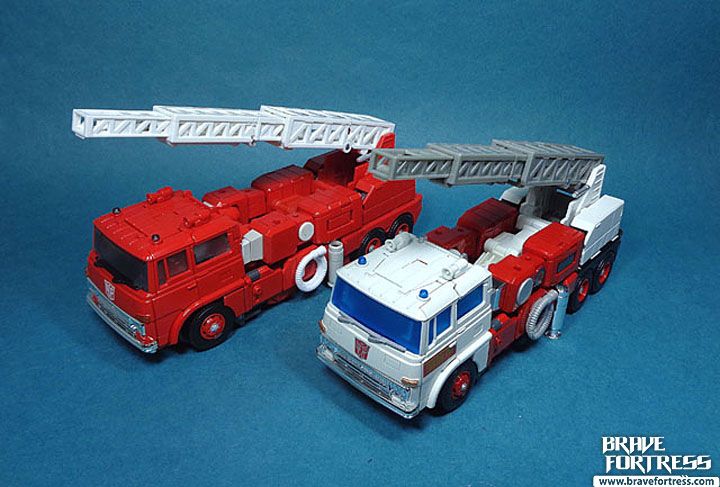 Overall not bad, but it certainly lacks a lot of the accessories that came with Inferno. Particularly the optional Anime head, chest and the “water spray” effect parts. I was really hoping it would come with the effect parts.

Hopefully down the road we’ll see his partner Ricochet, if Takara Tomy ever decides to roll out a MP Jazz.