Filed under: TF Power of the Primes, Various Optimus and Megatron figures
Share This Page

After Titans Return ended its run, Hasbro decided to “unite the brand” and roll out everything under one banner. Hasbro now releases the same version of the Transformers toy for both the American and Japanese markets, effectively ending the “Takara versions are more show accurate” Legends Series era. Now it seems the only differences between the Hasbro and the Takara versions is the packaging, with only an added Japanese text sticker here and there, to help identify the character for the Japanese consumer.

With that said, I guess getting the Hasbro version is the more economical way to collect this line, since the toys are supposedly now the same for America and Japan.

Optimus Prime is back, this time as a regular “Leader Class” figure. This version is actually pretty cool and is the first time we’re getting a true “G1” version of the big guy (Power Master Prime aside). He looks almost like a Masterpiece figure.

With the MP-10 Masterpiece Optimus Prime.

Of course, Prime comes with his iconic rifle.

With some clever shoulder joint design, we finally get a Prime that can hold his rifle with both hands, without looking too awkward.

I do wish they painted Prime’s hands blue and the shoulders red. The arms seem off-putting due to the heavy difference in color. 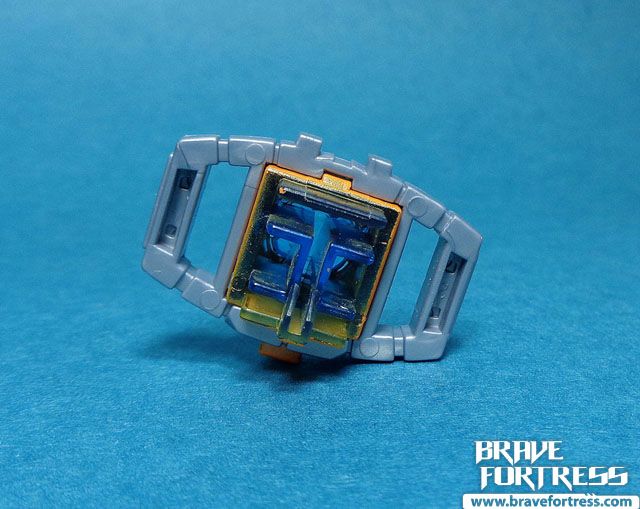 The core of the Matrix can be removed from the handle, along with the actual blue “crystal” inside.

Prime’s chest panels don’t open all the way, so it’s a bit hard to get the Matrix in and out. It’s easier to just eject Orion and put the Matrix in and just put Orion back in again. Sadly, there’s no way for Prime to hold the Matrix due to his hands being molded as fists.

I really love the concept they did with the Leader Classes here, making them able to “revert” to their pre-leadership modes. I’m glad I didn’t go for the Kup retool from the two pack, this version is much more accurate than any Orion Pax figure out there IMHO.

He thinks Megatron is cool… up until the guy wastes him with his fusion cannon.

You can pull apart Optimus’ rifle to form two guns for Orion Pax. It’s not quite show accurate (he never carried guns in the show) but it’s an acceptable concept.

Pax’s vehicle mode is actually Prime’s front cab, it’s not right (he should be a Cybertronian cargo truck), but it is what it is.

lol… yeah, so the trailer hooks up to Orion Pax’s throat. Ouch…

I really love this toy, easily one of my favorite versions of the Autobot leader. Hasbro really did good with this release.