Cruel, merciless, mad and unhinged, this alternate mirror-reality version of Optimus Prime desires total universal conquest. Willing to sacrifice any and all of his fellow Autobots in achieving even the smallest objective, Prime is as ruthless as they come. Only the noble Megatron and his heroic Decepticons can stop Prime’s mad ambitions.

The figure is a redeco of Earthrise Optimus Prime, minus his trailer.

Prime comes with a cracked right window. I’m not sure if this crack is ever explained or given reason in any of the comic books. I don’t get why he doesn’t get it repaired, either?

Prime comes with his Ion Blaster.

The Ion Blaster can be transformed and stowed on his back.

He also comes with an evil Autobot Matrix of Leadership.

Ion Blaster can be transformed and mounted on the vehicle mode. 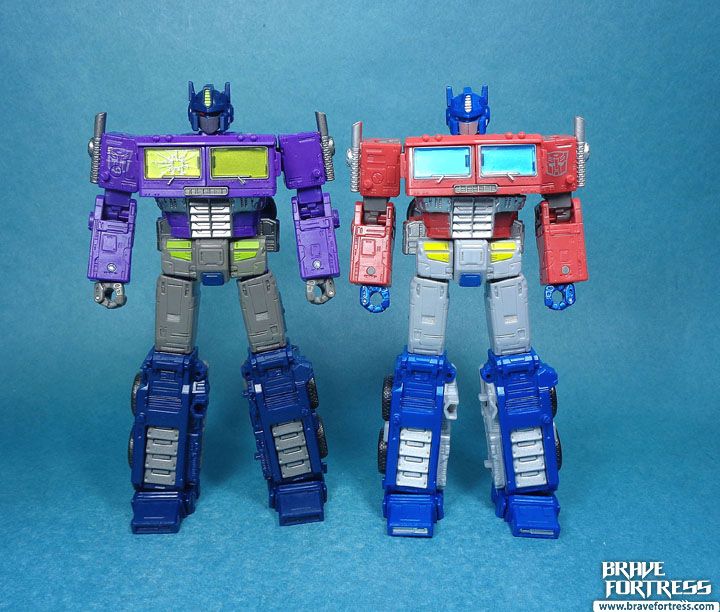 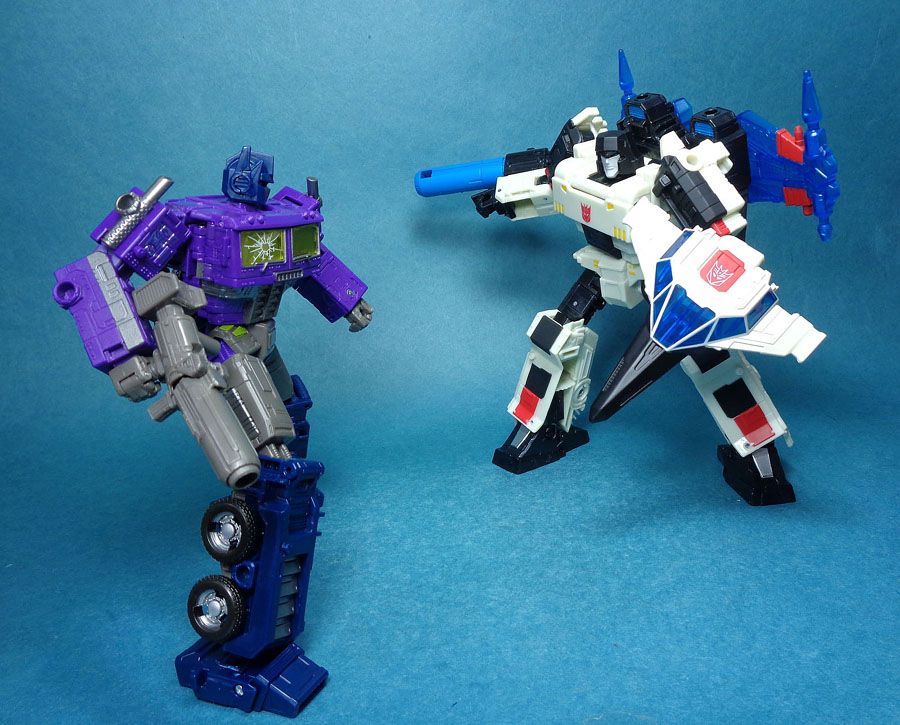 I find it odd that SG Megs comes with a better-colored manual compared to this two pack’s. 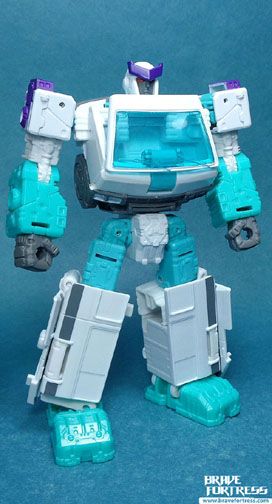 In the Shattered Glass alternate mirror universe, Ratchet is a sick, twisted medical officer who loves performing unwarranted and unethical experiments on his victims (mostly captured Decepticons), but isn’t above doing the same things to unconscious, fellow evil Autobots as well.

The figure is a redeco of the Earthrise Paradron Medics Ratchet figure.

Ratchet comes with his “Laser Scalpel”.

The same as with Earthrise Ratchet, the roof of his vehicle mode can function as a shield.

Rotating the shield around, Ratchet can use the cannons up top as additional firepower as well.

When not in use, the shield can be mounted on Ratchet’s back.

Finally, the shield can be transformed into a stretcher and the Laser Scalpel mounted on the deck.

Laser Scalpel can be mounted on the vehicle mode.

Overall, not bad, but I really wish they just rolled out SG Prime solo, without Ratchet, to keep things cheaper. After reading the IDW 5-issue run on the Shattered Glass saga online, the whole thing was just… very dull (the Fun Pub comics were way better). It left me with no desire to complete the other Shattered Glass figures, or even pick up the physical comics for it. A wasted opportunity to tell an epic flipside story there IDW. I’ll just grab SG Prime and Megs and call it a day for this sub-line.