Firedrive is meant to be the Targetmaster companion for Hot Rod. But since unlike Takara, Hasbro never released Targetmaster accessories for the Titan Masters line, this is their way of making up for it.

Unlike the Japanese versions, these guys do NOT have knee joints, or a neck joint in robot mode.

His “backpack” barrel can be removed and pegged onto his forearm so he can have his own weapon.

I’m not too crazy about these effect pieces. They feel really sticky.

Lionizer was originally released in the G1 toyline as a partner for Action Master Rad. He also transformed into a bladed weapon back then, too.

Blowpipe was the Nebulan brother-in-law of Scorponok’s Headmaster, Zarak, in the US G1 backstory. He is partnered with Decepticon Triggerhappy.

His barrel backpack can be removed and reposted on his forearm to give him his own weapon. 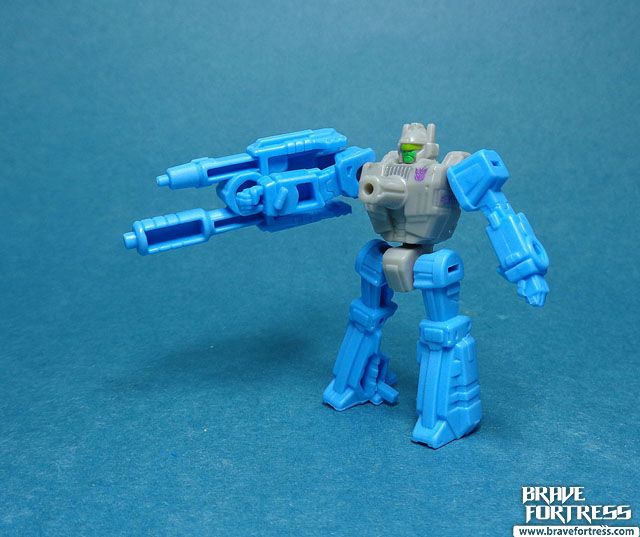 Unlike his Takara counterpart, the Hasbro version does not have any knee joints or neck joint in robot mode.

Unfortunately, unlike the Takara version, Hasbro Triggerhappy does not have a hole for the cannon mode to connect to in alt mode.