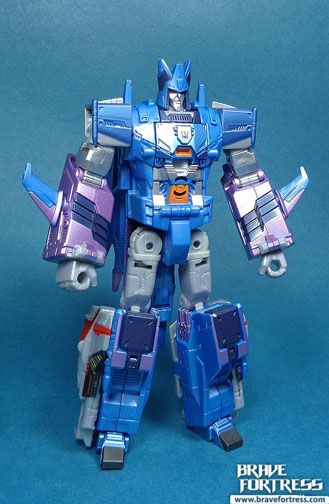 Cyclonus is a redeco of his Hasbro counterpart. he follows the G1 Season 3 TV colors this time around.

Comparison with the Hasbro version. 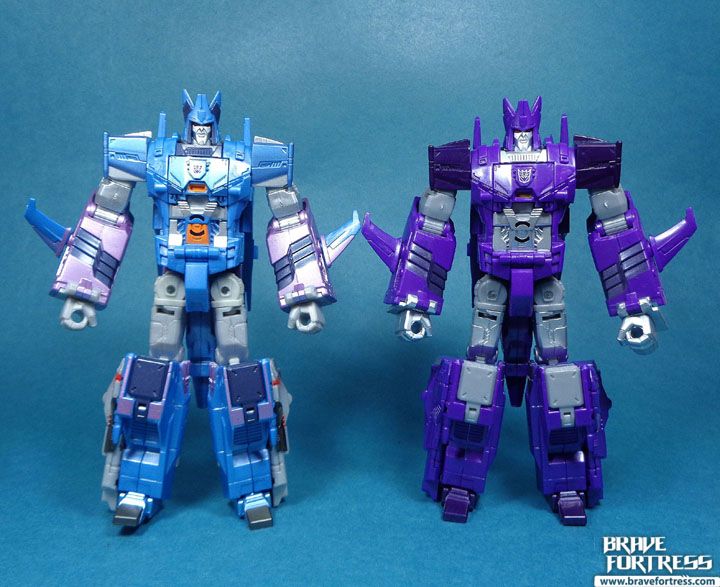 Starscream is a retool of Unite Warriors Skydive.

Hailing from the Armada Universe, this Decepticon plots to exact revenge on Unicron for destroying him near the end of the Armada series. He is later seen working with Trickdiamond by dimension hopping and entering the Legends Universe to steal Godbomber.

Summoned from the Transformers Prime universe by Unicron, Breakdown joins the Grand Galvatron team to let Unicron control Cybetron. In his original universe, Breakdown was caught and dismantled by Airachnid, only to be brought back to life as a zombie by Silas and MECH.

Originally Optimus Prime’s partner drone, Roller became trapped between dimensions when Optimus Prime died. Roller lost his memories and carried a hate for Prime and the Autobots, joining the Grand Galvatron team. After the events of the final battle, Roller regained his memories and joined the good guys again.

He is a straight up redeco of Protectobot Rook.

The team actually consists of 6 members, with Galvatron II from another dimension possessing Cyclonus forming the 6th man. Later on, Cyclonus is able to exorcise Galvatron II and is still able to form Grand Galvatron with his teammates to stop Unicron.

It’s a shame Takara didn’t mold a proper cannon for Grand Galvatron, all we get is a clear version of Superion’s gun.