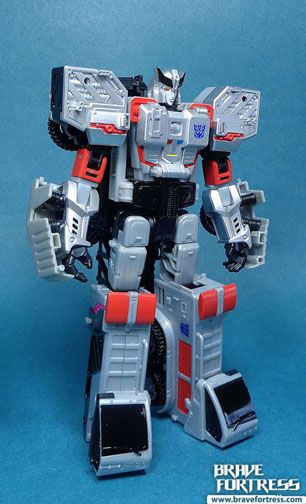 Based on her bio, Megatronia was built from Megatron’s spare parts. Her rail fusion cannon was powerful enough to break apart Skyreign while he was combined.

Her weapon is called “Judge Pickel”.

In the Japanese Unite Warriors comics, She often schemes her plans while taking bubble baths. lol… 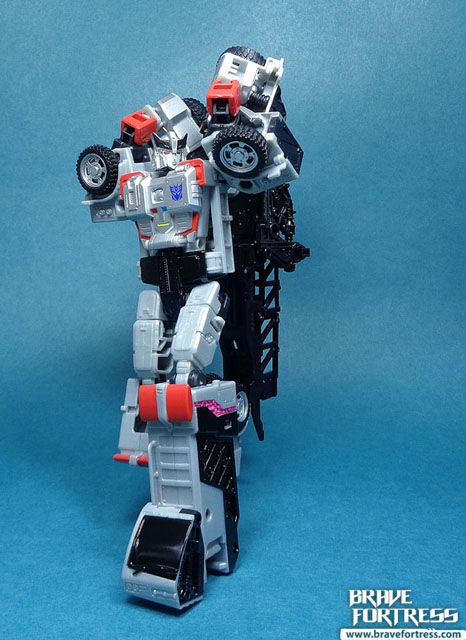 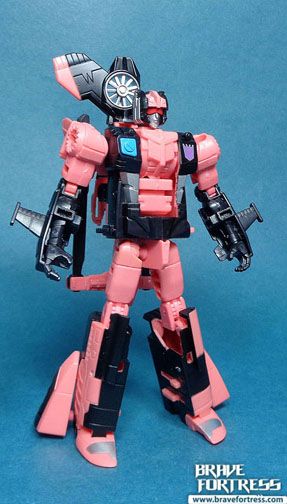 One of the twins created by Megaempress, she’s apparently a big fan of Starscream. She is a retool of Alpha Bravo. She has power over fire.

Her weapon is called the Flame sword.

The other twin created by Megaempress. She worked under Soundwave during the early days of the war as a medic. She has power over water.

Her weapon is called the Blizzard blade.

In one of the more shocking events in the Unite Warriors comic, she sedates Autobots Hound, Trailbreaker, Ratchet and Wheeljack (aka the Autobot Disaster Relief Team, which combines with Skylynx to form Lynxmaster) with her “healing pheromone” ability and made them produce their Combiner joints, at which point she proceeded to hack off the joints (ouch!) and drank the joint energon, thus giving the Female Decepticon team the ability to combine into Megatronia. 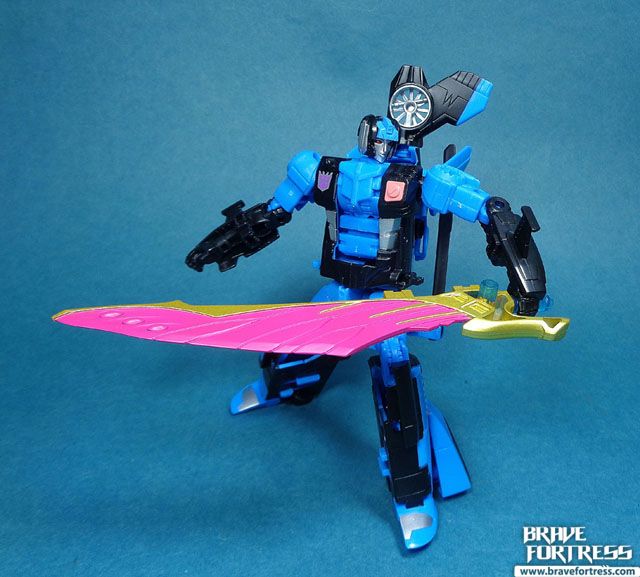 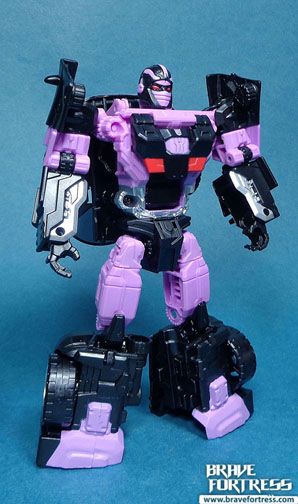 Originally an agent sent by Shockwave to spy on Megaempress, she later loyally serves Megaempress. In the Unite Warriors comic she has the ninja ability called “transplay” which can make other Transformers into her additional limbs against their will. She has power over wind.

I didn’t try the Roller and Breakdown combination on her (as seen in the comic), as I’m not sure where to connect them on her, but it would be interesting if it was possible.

Her weapon is called the Tornado Cutter. 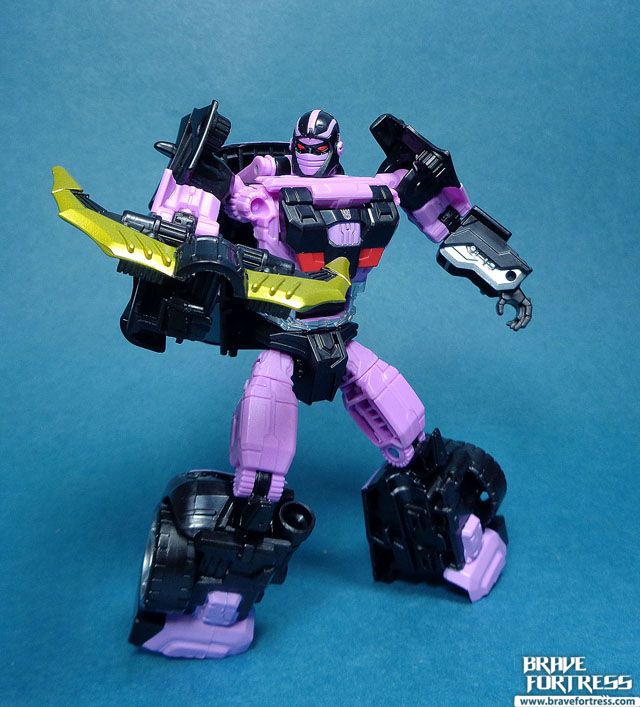 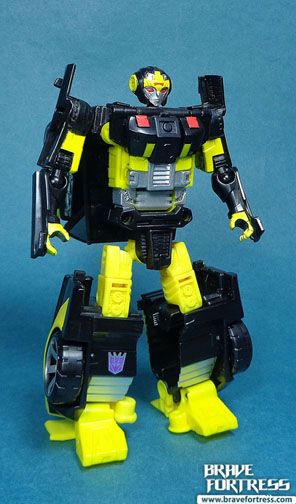 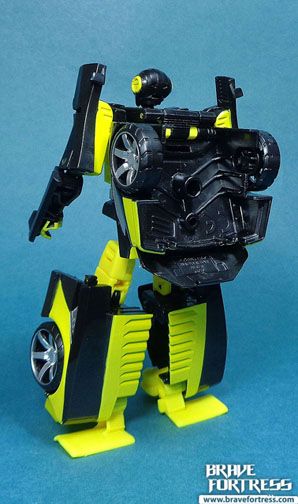 Often looking out for her own self interest, this Female Decepticon used to run with Swindle and traded in the Cybertronian Black Market. Occassionaly, she works with Curse Armada Thrust to serve her own self-interests. She has power over earth.

Her weapon is called the Quake Shield. 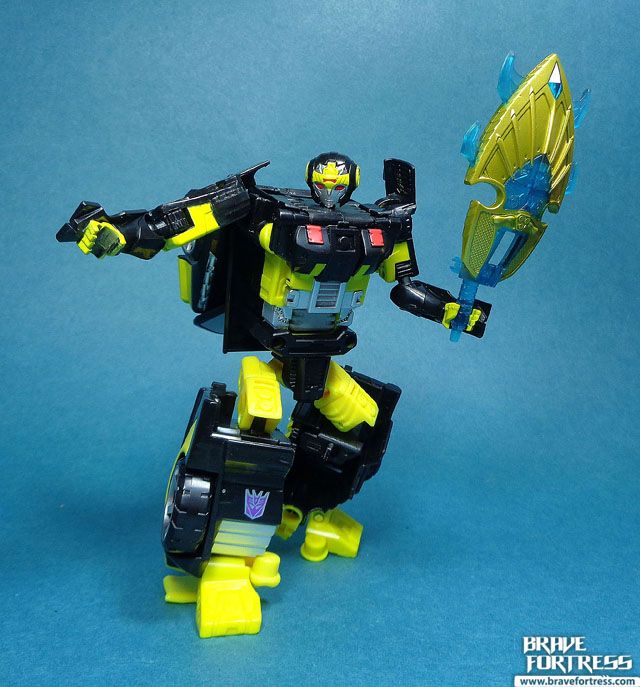 She would later work with Thrust and jump into alternate dimensions, particularly the Legends universe where they steal the Godbomber with the help of Nightbeat. 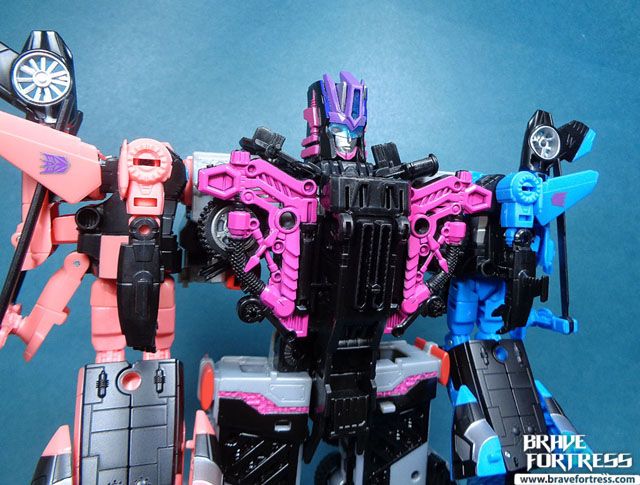 Her sword is called Destopia. 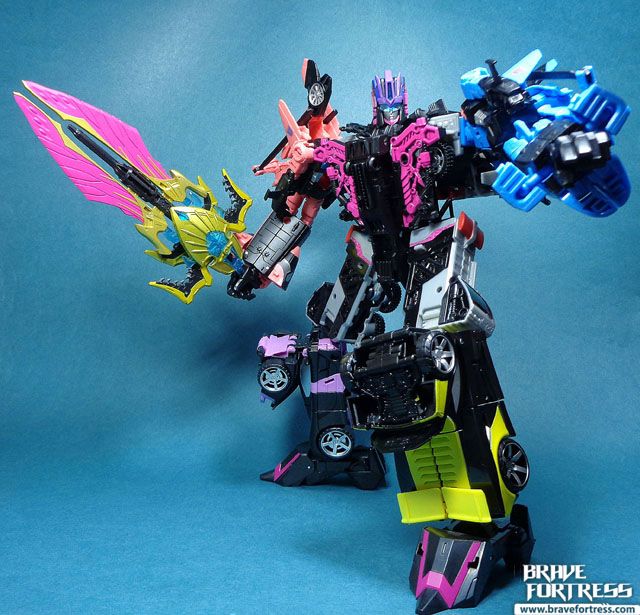 Her Hasbro Autobot counterpart has the ability to manipulate gravity, it has not been shown so far if Megatronia possess such abilities as well.

Comparisons with their Hasbro Autobot versions. 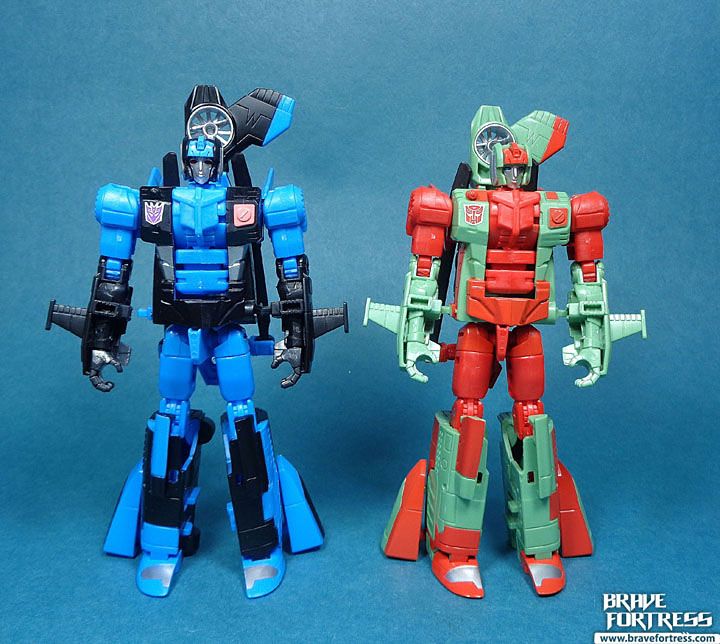 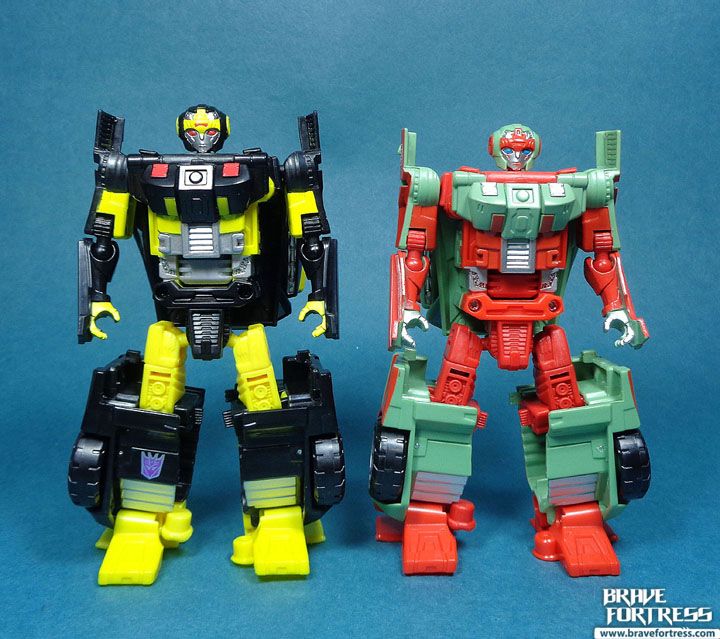 If you look closely, you’ll notice it’s got Autobot symbols and “Combiner Wars” written on the packaging. Strange.. 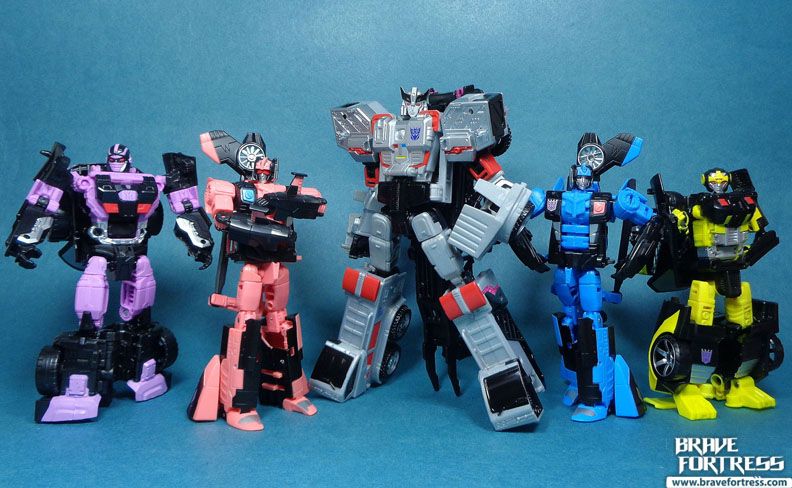