Included with the set are optional plate parts to cover the bottom of the Valkyrie. 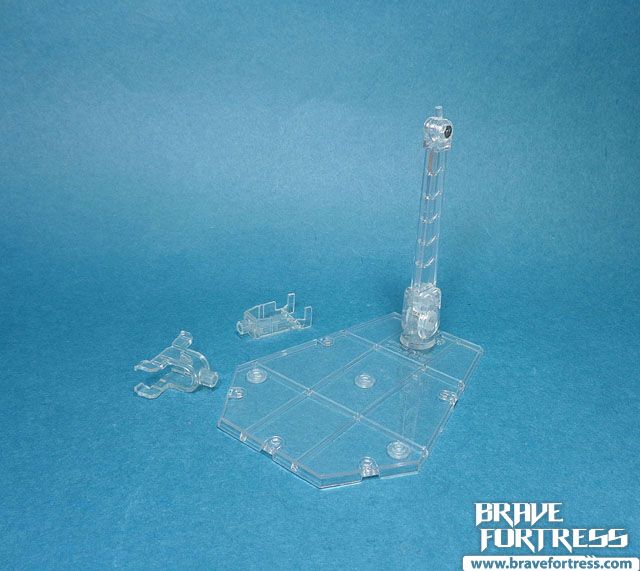 Based on the brief appearance of the VF-4 Lightning III in the animated Macross Flashback 2012 short, this unit never actually appeared in Battroid or Gerwalk form and was only seen in its Valkyrie mode.

Hoo boy… while transforming the toy, I had a little accident and broke a piece off. I didn’t know how to remove the fuselage during the transformation and tore off the plastic piece which would become the heat shield for the c0ckpit. D’oh! I don’t think glue will work due to the size of the piece. The good news is that I can still put it back in in Valkyrie mode and it can still cover the c0ckpit in Battroid mode, as long as I don’t turn it upside down. Sigh…

Armaments of this model include large beam cannons on top of the engines in Valkyrie mode (becomes the lower forearms in Battroid mode), 12x long range missiles mounted on various parts of the ship, and Beam Gun Pod.

For the unfamiliar, Macross Flashback 2012 was a direct-to-home release 30 minute video released in Japan on 1987 which contained a collection of music videos from the series and movie. It was to commemorate the fifth anniversary of the series. Included was a bonus feature, new footage of story-events that were planned for the TV series and movie but were never animated until this release. The premise was Lynn Minmay staging a farewell concert on Earth as she was about to leave on board the Megaroad-01, captained by Misa Ichijo, along with her husband, Hikaru Ichijo, to travel to the center of the Milky Way.

Sadly, based on the history of the Macross universe, the Megaroad-01, along with its crew and Lynn Minmay, all disappeared four years into their voyage. The fate of the characters remain unknown.

The toy features some diecast parts, but it’s mostly in the “spine” of the transformation. It weighs 108 Grams. 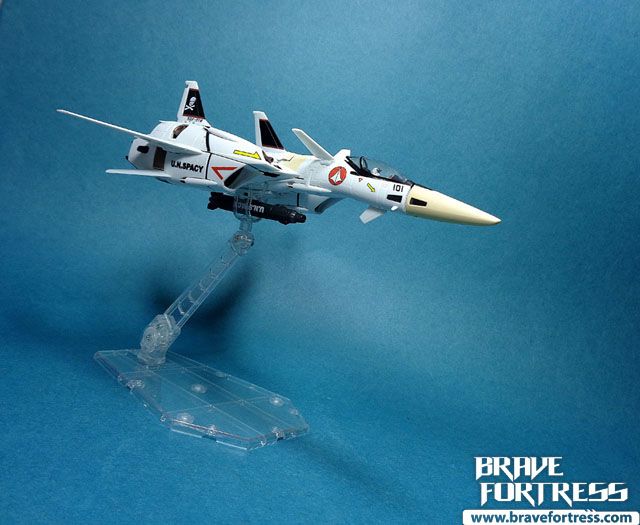