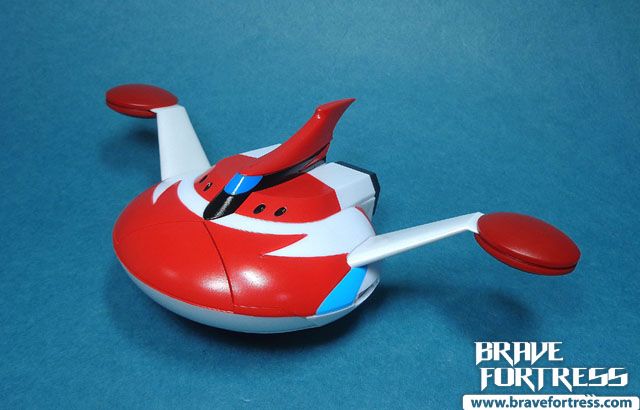 Action Toys included a base for the figure to help in holding the Spazer in flight pose. The connection isn’t all that solid though so be careful how you position the Spazer. 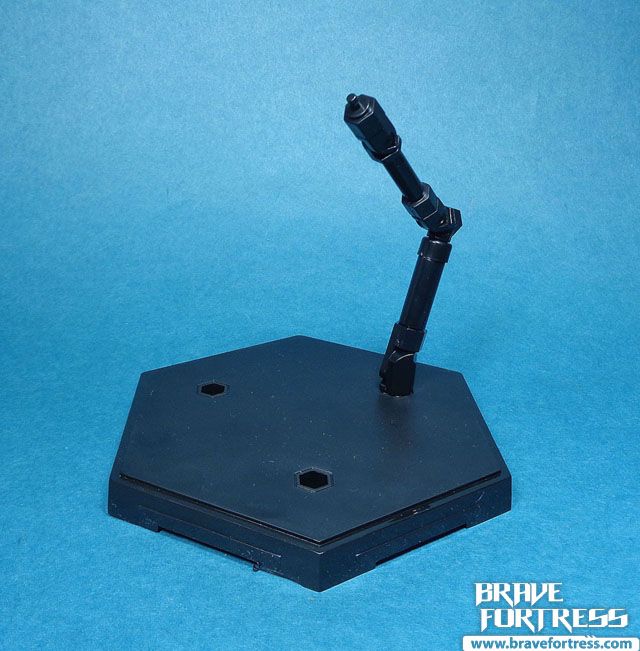 I love this little innovation here. To know if you inserted the saucers right, this little arrow on the underside will land flush, if you need to insert it further, the arrow will still be a bit slightly elevated.

To dock in Grendizer, you have to remove the front section entirely. Action Toys kept it simple stupid, which is fine by me, as this toy isn’t really aiming for Anime accuracy anyway.

The red side fins can be removed. In the Anime the red fins disappear when Grendizer isn’t docked into the Spazer (the fins reemerge once Grendizer is docked in).

Remember to push down the boosters after closing the Spazer.

Action Toys included 2 sets of saw blades for the Spin Saucers, one for while they’re still attached to the wings and one for when they’re launched into the air.

An entirely separate saucer disc is used for the Spin Drills.

This is the switch for turning on the eye lights.

Thankfully, unlike the pathetic eye lights on the ES Gokin Mazinger Z and Great Mazinger, Action Toys finally got it right,

The Shoulder Boomerangs are a bit of a pain to remove, and an even bigger pain to slot back in. Be careful not to break the pegs, as they seem really thin. Sigh…

I was curious how Action Toys went about the usual issue with Grendizer’s forearms. Like the Spazer, they kept things simple stupid here too (not complaining though).

Lol… yeah I know, the red fins on Spazer shouldn’t be sticking out since Grendizer isn’t docked in. It was late and I was still punchy from doing the Gx-13R Dancouga photoshoot. 😀

I’m really glad they included the Double Spazer, it just adds more bang for the buck to this set.

To dock the Double Spazer with Grendizer, the transformation looks a bit awkward. Plus I’m not sure if I did it right, the nosecone is supposed to insert into Grendizer’s helmet? I couldn’t get the unit to attach any other way… strange. 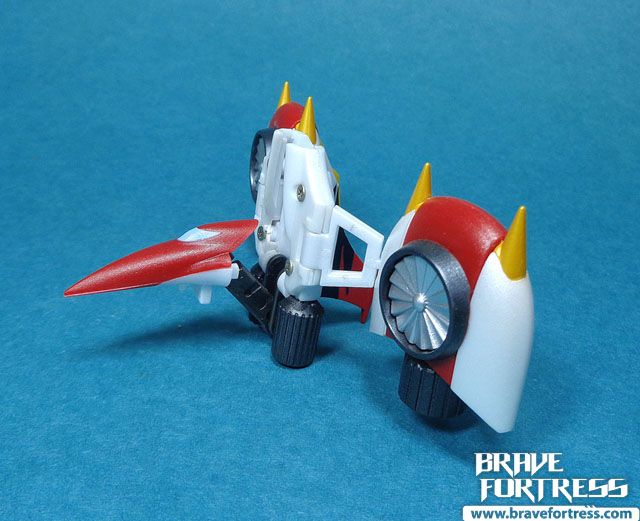 The ES Gokin Mazingers run on 2x LR41 batteries, while Grendizer runs on LR44s. I don’t know if it’s just due to the batteries or if they upgraded their LEDs to brighter ones for Grendizer. Either way, Grendizer’s eyes really stand out. Mazinger’s eyes are practically mood lights. You can barely make out that they’re switched on with the room light on. I didn’t have enough batteries to power Great Mazinger but it’s not that far a stretch from Mazinger Z’s lights. 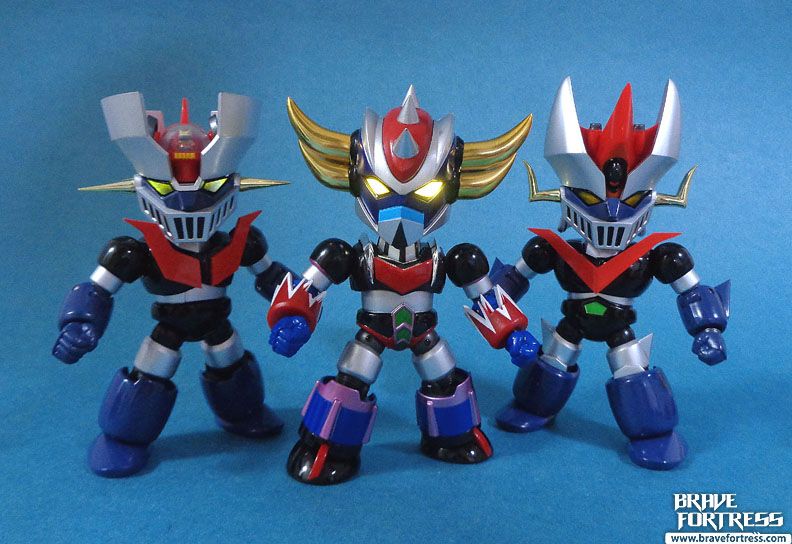 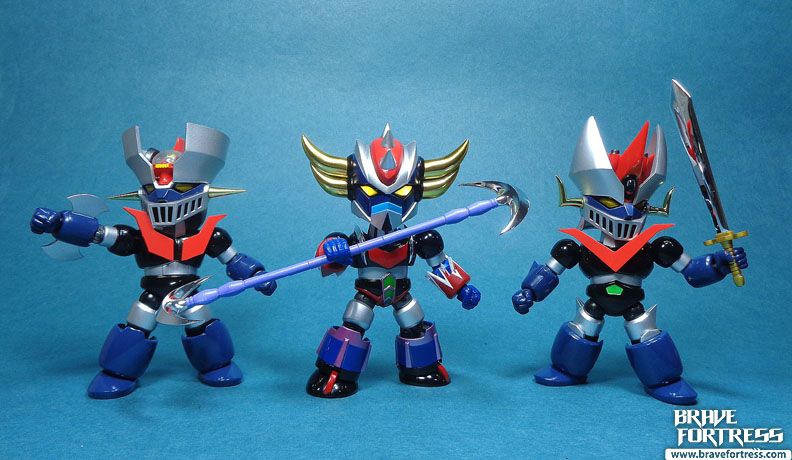 As far as I can tell, there’s no diecast on the Spazers?

Overall, I love it, the new brighter LEDs on Grendizer really make the figure pop. Grendizer looks good and the Spazers are pretty decent (though I am not too thrilled with the way the Double Spazer docks with Grendizer). He looks great next to the ES Gokin Mazingers.

That said, I don’t plan to get any more ES Gokins though. As I’ve heard of some breakage issues with some of the earlier figures. No point in backtracking those I suppose so I’ll have to draw the line and be content with the Mazinger Trilogy guys.

Links to the ES Gokin Mazinger Z and Great Mazinger: 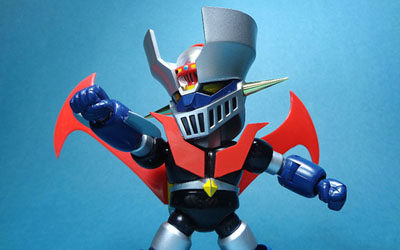 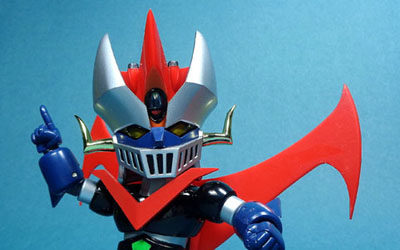