Piloted by Jin Hayato, the Getter boasts the fastest speed among the three Getter Robots, it also has the ability to tunnel underground and surprise enemies in combat. The Getter 2 is also capable of generating cyclones by spinning its drill fast above ground.

In the Anime, the Getter 2 has leg fins, which deploy whenever he jumps into the air. They retract whenever he lands on his feet again. Bandai included optional parts so you can recreate this. I just opted to leave the fins on since the legs look better with the fins deployed.

Like the other Dynamic Classics styled Go Nagai SOCs, the Getter 2 also comes with alternative skirt plates so you can lift the legs higher on the toy.

The unit with the toughest armor, the Getter 3 is best suited for underwater battles and defensive combat.

The Getter 3’s tank treads are still rubber, but at least Bandai seems to have learned from what happened with the Gx-06 Getter 3 and made the treads thicker and hopefully more resistant to breaking and deterioration.

A new innovation with the Getter 3 here is that it now features a proper mid-torso joint, which allows proper poseability for the toy.

Just lift the midsection up and you’re good to go!

The toy can now tilt backwards and forwards. 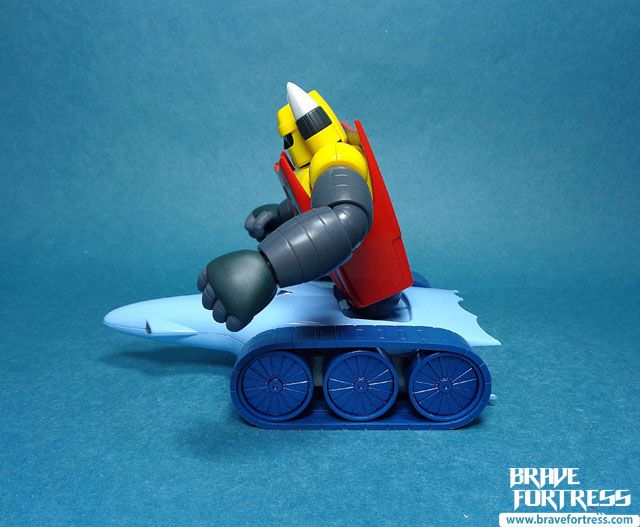 Another improvement is the addition of a neck joint for Getter 3, so he can look up and around. 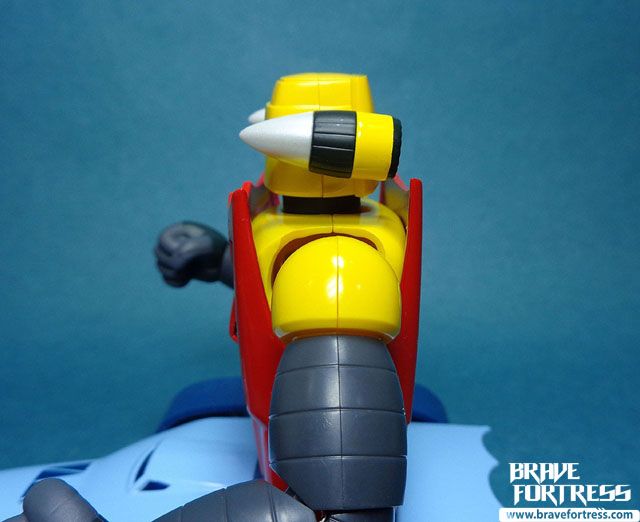 Here’s something you couldn’t do on the original Gx-06 Getter 3, you can rotate the tank treads to different angles to elevate the toy. On the previous version, the treads were locked in place to the Getter 2. 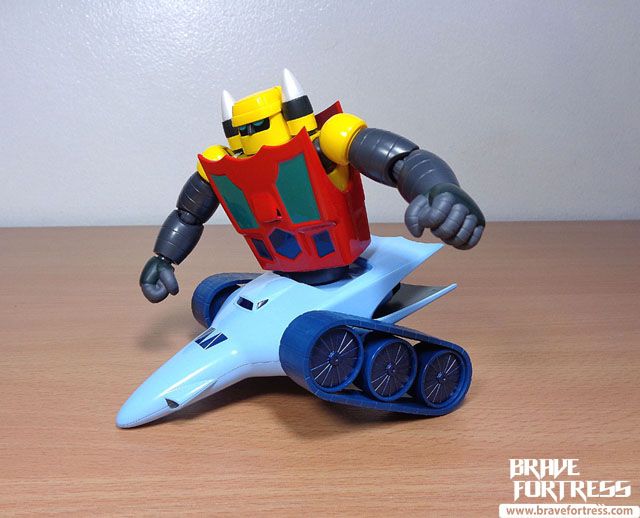 Getter 3 also comes with alternative spring-loaded “firing” missile pods for the sides of his head. 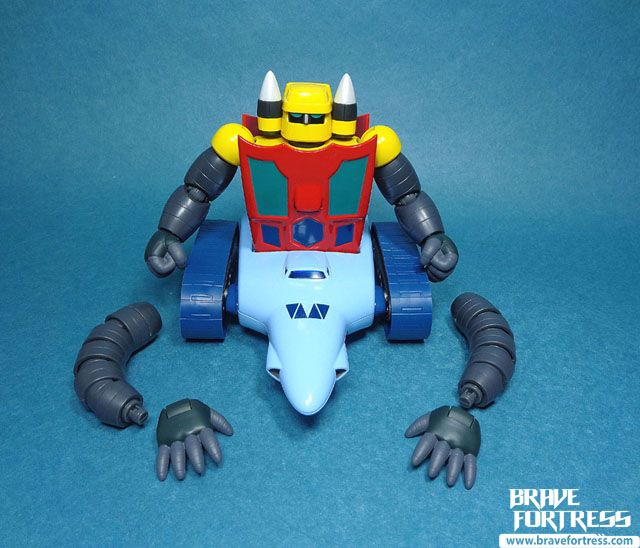 Additional hinge joint for the wrist on the extra hands too. 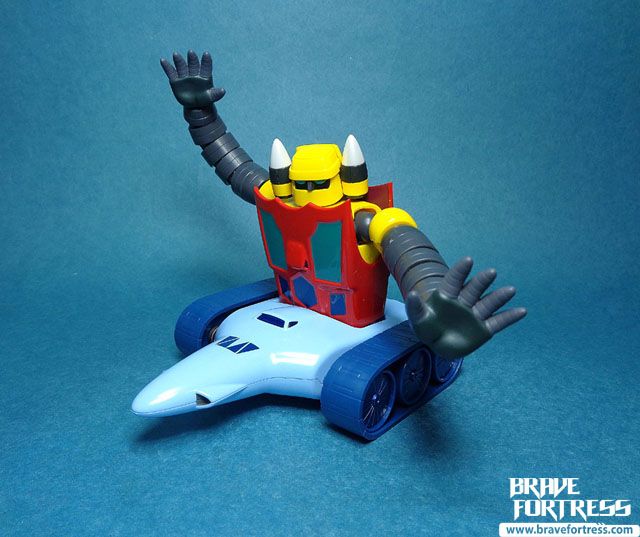 To disconnect the Getter 3, just press this release button on the bottom of the toy.

Command Machine – Piloted by Michiru Saotome, this machine serves as a scout and occasional support unit for refueling the Getter Robo’s Getter Energy when it runs low. Too bad the toy is just plastic though. No Diecast parts (same as the Getter Ships that come with Gx-74) 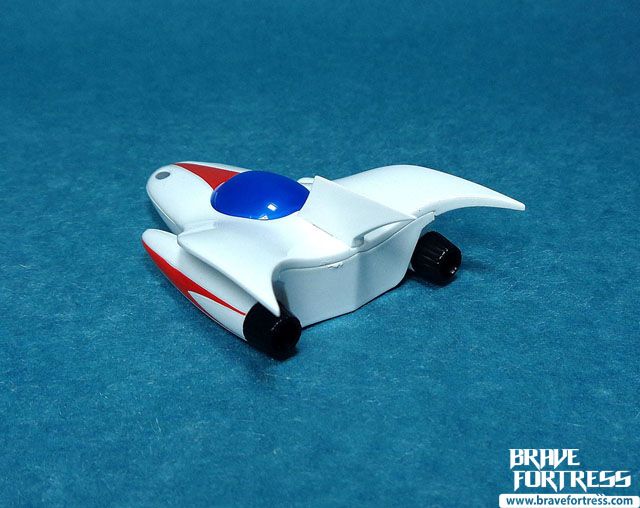 This time around, the set comes with two individual display bases for each figure.

Two choices of how you want to connect Getter 2 to the display arm, either by clip or by plug into the Getter 2’s back.

A launch platform is included to display the Command Machine. 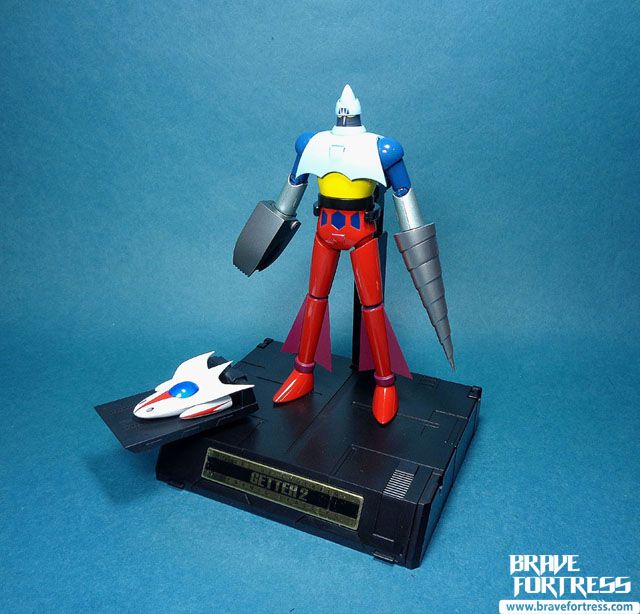 Getter 3 does not have any support arm for his display base. 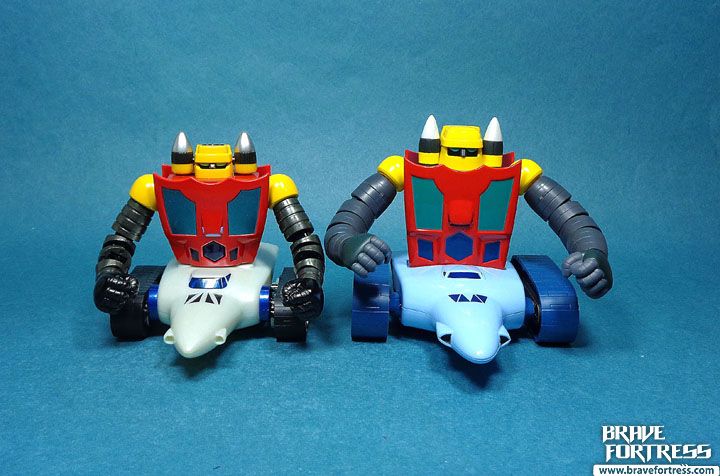 -Getter 3
—Bottom half of the Getter 2 in tank form.

-Larger feet on the Getter 2, making it more stable to pose in action shots (this was my biggest issue with the original Gx-06 Getter 2)

-Improved articulation on the Getter 2

-Vast engineering improvements on the Getter 3.

The Bad
-Lack of chrome on the Getter 2 drill.

-Bluish tint on the “white” plastic parts still throws me off, just like on the Gx-74 Getter 1.

-Plastic body on the Getter 3, making it feel cheap, especially around the shoulders.

-“Swapping parts” gimmick from the Gx-06 is gone.

-No real innovations added on the Getter 2.

-Command Machine is all plastic.

The Ugly
No real quality or engineering issues here for me, thankfully.


Overall, a decent addition to the Soul of Chogokin Dynamic Classics subline. The Getter 3 is the real gem of this package, with all the new innovations added to the toy, the size and new poseability leave the original Gx-06 Getter 3 in the dust. Sadly, the same can’t be said of the Getter 2. I feel like Bandai should’ve gone with chrome parts for his drill at the very least. As is, looking at the Getter 2 just leaves me cold. It just doesn’t “pop” for me, especially when you place it next to other SOCs.

As to whether to choose this or the Gx-06, both have their pros and cons. I really find the Gx-06 to have the most “bang for the buck”, especially when you consider how much this set plus the Gx-74 costs altogether. I also really, really dislike the bluish tinge on the “white” parts of the toys for the DC Getters. I know this is supposed to be going for “Anime accuracy” but I do wish they dialed the blue back a little bit, so the finish didn’t appear so dull. I guess my vote would probably be still towards the Gx-06. I would only recommend getting this (and the Gx-74) if you plan to really go all in for the Dynamic Classics SOCs.

Hmm… I wonder if we’ll ever get a proper Getter Robo G Team in Dynamic Classics style? It’s actually pretty popular in the USA thanks to Jim Terry’s adaptation of the series as Force Five’s “Starvengers” back in the day and Bandai does seemingly want to branch the SOC line into the US markets (Megazord, Gypsy Danger and Voltron are examples of that). C’mon Bandai! Make it happen! (without too much bluish tinge on the white parts please).