Note that the figure arrives mis-transformed. The wheels are supposed to be rotated to the back in robot mode. 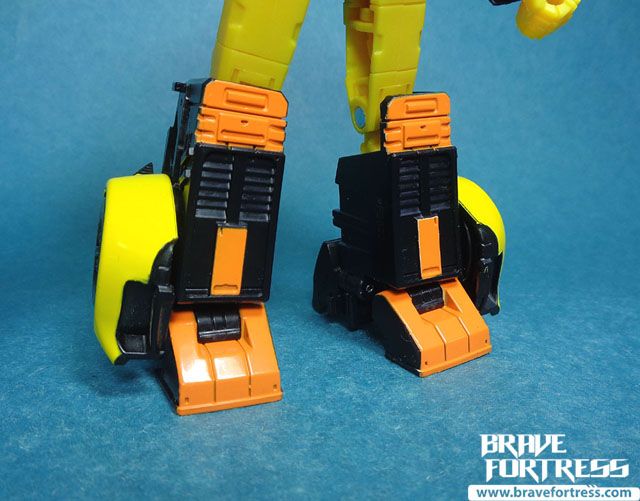 Jackpot is the luckiest Transformer around, good luck just seems to naturally follow this guy. Once he places bets, he always comes out on top. Functions as one of the Autobot’s strategists, usually seen with his partner, Sights.

The figure is a retool of Studio Series 86 Jazz. As Jackpot was previously only released as an Action Master back in the G1 line, this is the first time we get an actual transforming figure for this guy (it just took Hasbro 30+ years to do it, lol). This figure was released as an Amazon exclusive in the US and was not made available anywhere internationally for some reason, unlike previous Amazon exclusives.

Sigh… one of the biggest issues with this toy is that the halves of his head are assembled misaligned for some reason. I’m not sure if it’s possible to pull them apart and reassemble the head without doing real damage to it.

Photon Rifle can be mounted on his back.

Sights is Jackpot’s Battle Master partner, he uses his sonar to detect any secrets or advantages that will help his buddy pull off the impossible. He is a redeco of Battle Master Pteraxadon.

Sights can transform into a battle axe. 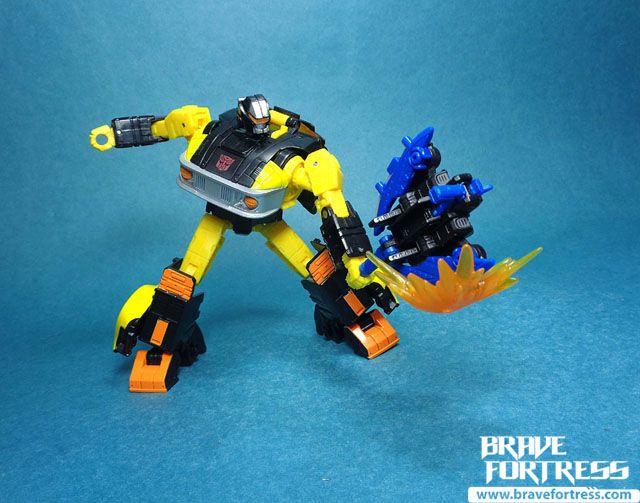 Sights also has a Photon Cannon mode. The effects part can also plug into this mode as well.

Photon Rifle can be mounted on the vehicle mode.

Overall, a surprise entry into the Golden Disc Collection. Not too shabby and I like that we finally get a transforming Jackpot figure. Hopefully, the other G1 Action Masters like Rad, Rollout and the others will get their due, too.