Road Hauler’s claw and weapons can be equipped on the vehicle mode. 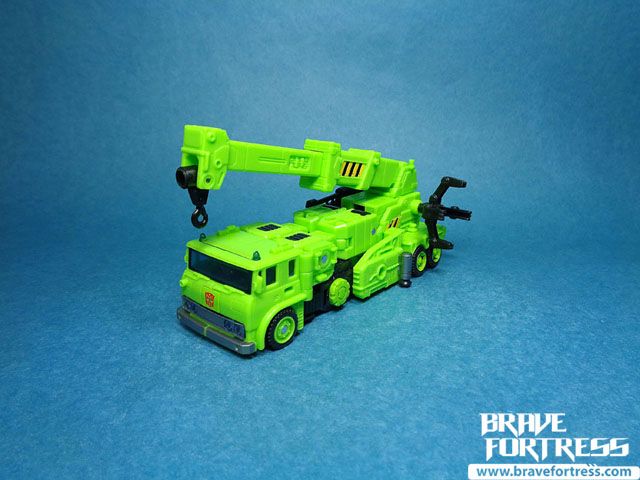 The claw can be also mounted on the end of the crane.

Originally a member of the Constructicons, Road Hauler was the only member of the group that was not reprogrammed by Megatron into serving the Decepticons. After awakening on Earth with his fellow Autobots, Hauler would later travel the strange, new world far and wide as part of his duties for securing energy resources for the Autobots, explaining his absence for the rest of the show.

The figure is a retool/ redeco of Earthrise Grapple.

The set features a new “yelling” head for this figure mold.

Since the other characters based on this design mold are usually meant to have a missile or nozzle sticking out of their wrists, I figured I’d let this guy keep both his fists just for a little variety. According to his 2003 bio, Road Hauler has the unique ability of launching his wrist and controlling them remotely to reach places he normally can’t.

You still can equip his Earth-Auger missile into either of his wrists if you really want to. 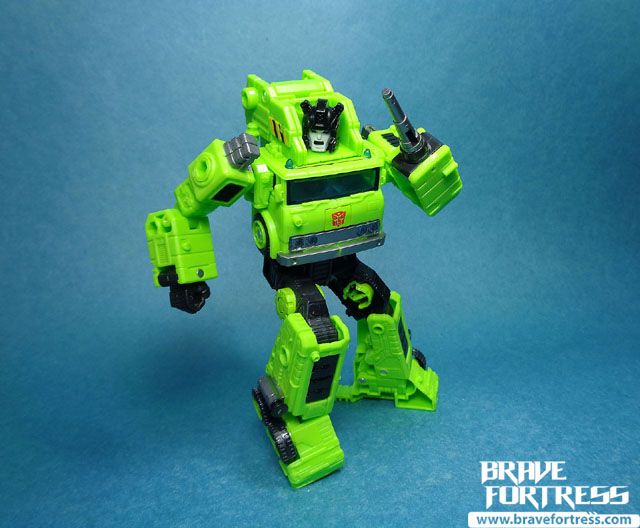 Hauler comes with his Vibro-Force Gun.

His crane can be pegged on the side of his head for storage.

The crane can also be mounted on either wrist. 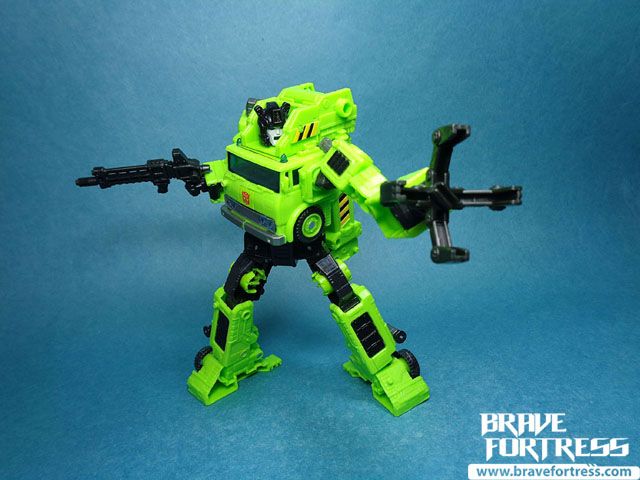 Overall, a decent redeco of a concept character. Admittedly, I am partial to the Earthrise Grapple/ Inferno mold, so getting redecos based off that particular mold isn’t something I really mind, as long as they’re rooted somewhere in the G1 lore. That said, I do kind of wish Hasbro just straight up gave Road Hauler the same face as Inferno and Grapple. The odd way Road Hauler’s mouth is open makes me think he’s yelling all the time. Lol…