Black Play-Doh is included, with 3 Energon cubes in a baggie inside (I didn’t bother to open the pack, as I didn’t feel like digging through Play-Doh. I have no idea why they decided to package things this way. There’s no reference for it in the Netflix series.

Side note: Geez, look at all that empty space when you reconfigure the tray. Seems like a real waste of materials, packing and shipping costs when you look at it like that. I wish Hasbro did a better job of being more efficient in terms of packaging. Not everything has be big.

Nemesis Prime is a dark, twisted version of Optimus Prime from a possible future timeline, where he is killed by Megatron, brought back to life and then enslaved and corrupted by Unicron. In the War for Cybertron series, Nemesis Prime and Galvatron conspire to use the Dead Universe as a gateway into the past and acquire the Allspark to destroy Unicron.

The figure is a redeco of Siege Optimus Prime.

When not in use, the Ion Blaster can be mounted on Nemesis’ back.

Nemesis Prime does not come with the Dark Matrix.

For added firepower, Nemesis comes with two oversized cannons from the Power of the Primes figure.

Nemesis Prime comes with the Dark Saber. This weapon (along with pretty much everything in this pack) never actually appeared in the War for Cybertron series.

You can use the trailer ramp as a shield for Nemesis.

Nemesis Prime’s loyal avian companion. First appearing in the Power of the Primes figure, Giza is included in this set as well. He transforms into (another?) Dark Saber for Prime to use in battle.

The figure is a redeco of the Giza figure that came with Power of the Primes Nemesis Prime with a lighter plastic color. 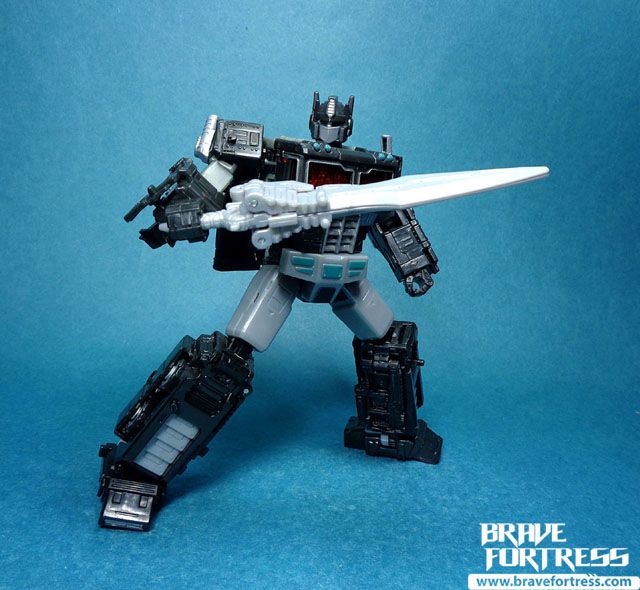 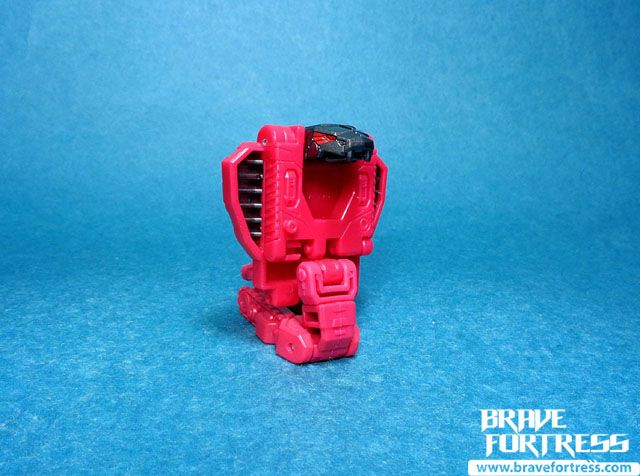 A redeco of Battle Master Slitherfang, this serpent companion forms a shield (or a ramp) for Nemesis Prime.

Between the trailer ramp and Fangtron, just how many shields does Nemesis Prime need??

Effects part is included for Fangtron as well.

The Ion Blaster can be mounted on the trailer in alt mode.

Trailer can open up to reveal a maintenance deck. Roller isn’t included with this set though. 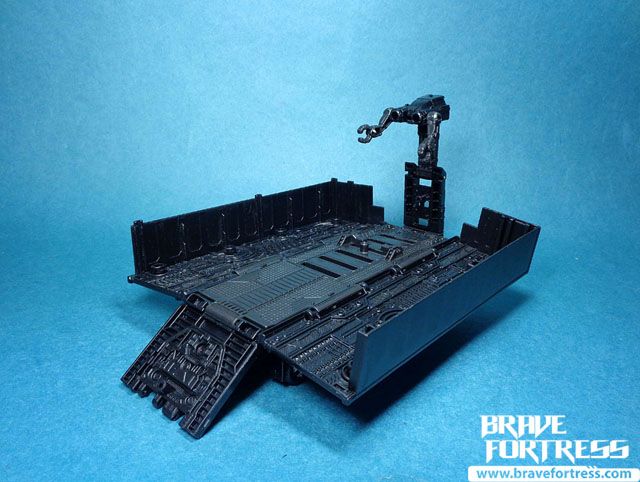 Fangtron can be attached to the tailgate to add more play features.

Like Earthrise Optimus, the cannons on the trailer can be removed and plugged onto Nemesis’ back. However, due to the design of the Siege mold, the alignment is off-center now.

Overall, a pretty decent set. Nemesis Prime was a highly visible character in the final battle in War for Cybertron and this figure is very nicely done. It’s a shame this set was an exclusive to Walmart in the US and was not widely distributed locally here in Manila. The Japanese Takara version has better packaging though, with the standard windowed box so you can see Nemesis Prime visibly through the packaging, so given the choice, the Takara version would be the nicer looking package to get and keep.