Since this series was part of a limited run, Evolution Toys put serial numbers on the box to indicate the release count. I got #75 of 360.

Same deal as with the other Anime Export Limited figures, the styrofoam tray is just poorly done. Sigh..

Jenova M9 (Jenoba M9?) appeared in episode 66 of the original Mazinger Z Anime. He is armed with a semi-automatic sniper rifle, which can be reassembled into a pistol for short range combat.

As with other Evolution Toys figures, the joints for the hips and thighs are done with magnets but there is a pin there as well, in order to keep the magnets steady. It seems they only used weak glue to hold the pins in place? It comes undone easily. You can simply plug it back in though but it is a pain to see.

When swapping out hands, take extra care. Do NOT use bending force to remove the default hands, as the pegs are made from resin and will break if incorrect bending force is applied.

Hmmm… his bandolier seems to be too red? It doesn’t match the box colors, let alone the animation model colors. It should be more brownish.

Jenova M9 is a sniper-type Kikaiju, easily capable of taking down his opponents from a distance.

His sniper rifle can be pegged onto his back.

Due to the design of the figure, having Jenova hold its rifle with both hands is a bit of a challenge. The lack of the elbow joints going more than 90 degrees also limits poses you can do with this guy.

Doing the two-handed sniper pose is hard, but not impossible. In the Mazinger Z Anime, he could also change his sniper rifle into a short-ranged weapon for close area combat. Too bad that isn’t an option here.

Aside from his rifle, he can also generate a tornado around himself to deflect enemy attacks.

A unique trait for this “monster-of-the-week” is that its A.I. somehow developed a warrior’s strong code of honor. Refusing to shoot those weaker than itself or those that are fleeing from it. In the end, Jenova chose to terminate its own life, instead of being defeated and dishonored in combat by Mazinger Z.

In the Tranzor Z western dubs, he was renamed “Cyclone Sniper”. 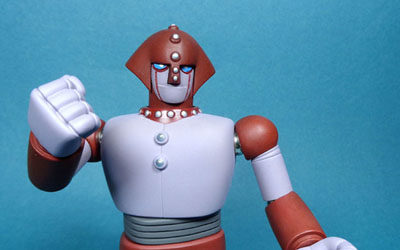 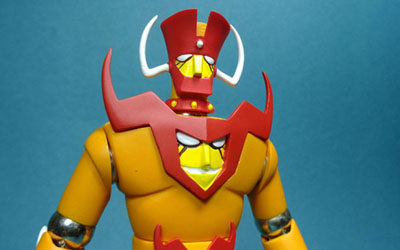 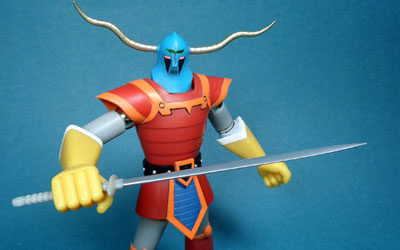 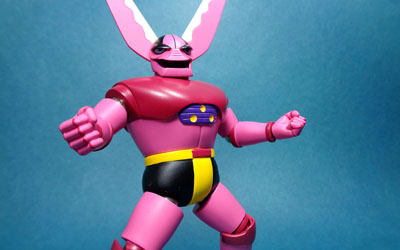 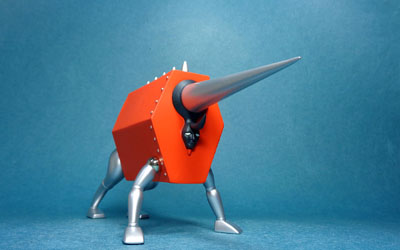 A big, big thank you to Toynerd for selling me his last unit at the same prices he offered me from years back. Thanks, Ron. 🙂