A retool of Earthrise Cliffjumper with a Bumblebee head, Bug Bite was originally introduced as a part of 2004’s Transformers Collection “reissue” line up but as an exclusive, with other redecos of the minibots as Decepticons. He was previously from another dimension and was actually from the planet Gobotron (yes, from the Go-Bots). In the War for Cybertron: Earthrise saga, he’s part of Doubledealer’s mercenary crew aboard the Fool’s Fortune.

This little fella’s fate is unknown in the series, after he and Exhaust were both blasted into the void of space by Cog near the end of Earthrise saga. He is presumably killed. 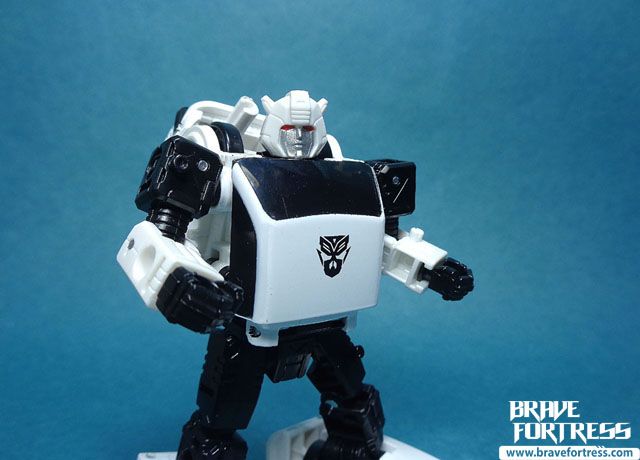 He comes with the standard issue bazooka set that came with all the molds of this figure.

As usual, the bazooka can be broken down into components.

The tail end of the bazooka forms a weapon that can be pegged on thin holes in his biceps.

His backpack can be used as a shield.

The bazooka can be reconfigured and mounted on the vehicle mode.

Same with his mold-mates Cliffjumper and Hubcap, Bug Bite can have the bazooka parts fitted separately as “skis” for his vehicle mode. 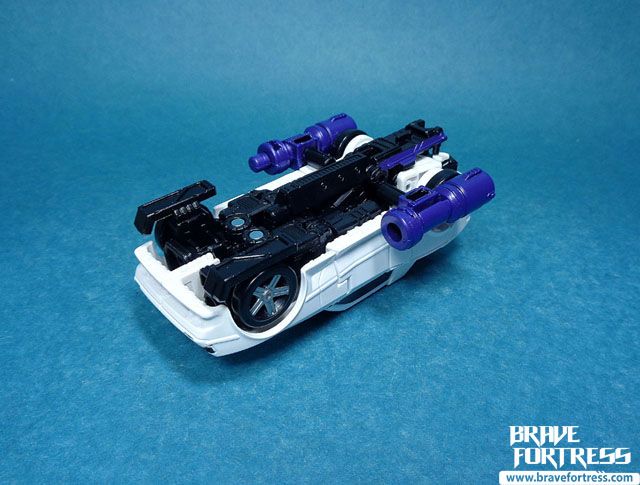 The crew of the “Fool’s Fortune”, a rag tag band of Ex-Decepticon mercenaries for hire. I included Snapdragon in the shot since he is technically listed as part of the mercenaries group in the Earthrise toyline. I didn’t include Soundblaster, since he seemed to be doing his own thing back on Cybertron.

Galleries to the other mercenaries 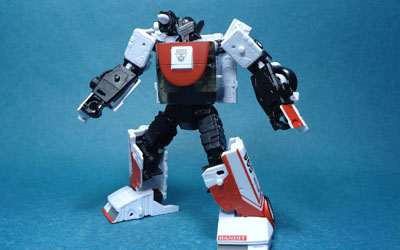 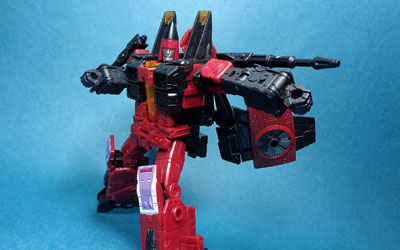 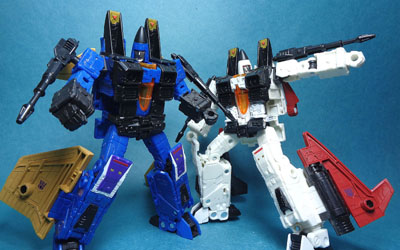 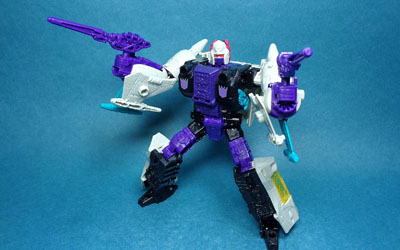 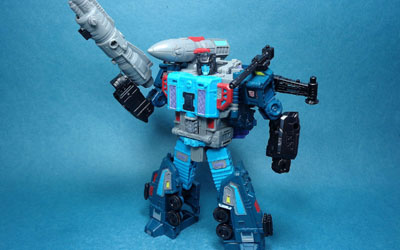 Overall, a decent redeco to make a “new” character. It’s not too shabby and he does help complete the “Mercenaries” subgroup for the “War for Cybertron” saga, so it’s all good.